Twenty minutes into our conversation with Steven Comisso and his design partner Mary Ellen Lynch, as they frequently finished each other's sentences and sketched out their eerily similar career paths – University of Michigan, New York, Toronto - Steven asked, "I guess you figured out we’re married, right?" We had not suspected (to our embarrassment), but instantly realized what a wonderful advantage it must be for a client to have two such talented kindred spirits working on a project. "Boathouse Kitchen," their winning entry in the KDC 2013-2014, is a remarkable piece of work, but only part of a larger story. Many years ago, the boathouse sat at the edge of a steel magnate’s estate on the shores of Lake Simcoe, 60 miles north of Toronto, with a 12-bedroom stone mansion and several other buildings. Subsequently, the property was subdivided into five lots. One of the lots contained the boathouse and original 1930’s gatehouse, and later a 4500-square-foot country house was built. This became a dream project for Steven, who was asked to work on all three. The boathouse was the final structure to be renovated – and the most challenging. "The boathouse was a pretty utilitarian structure," says Steven. "Vinyl clad, like a two-story submarine hanger, with room for a 60-foot yacht. It was too high, and blocked the view of the whole lake from the other buildings, so we not only gutted it, we reduced the height by seven feet and the length by 20 feet."

"In its former life the boathouse slip was also a workspace to maintain the vessels that were docked there," explains Steven, "so we expanded on the cues in the steel structure. In our kitchen design, the combination of walnut wood, handcrafted steel hardware, trestle table and stone arch are unique, but they complement the structural steel, zinc, cedar and pipé used on the exterior." The main architectural feature of the home is an unusual one – a "tealight" wall that runs from the front entry to the back of the house, right past the kitchen. The designers created a stunning wood-and-stone arch that not only contains the working kitchen – oven, cooktop, sink, dishwasher – but frames the tealight wall as well. A trestle table provides workspace and a casual dining area – the raw steel it’s made of ties in with the industrial aesthetic of the remaining exposed steel structure in the room.

Lighting is one of Mary Ellen’s specialties, so it's always a distinctive element of any Lynch + Comisso project. Executing many retail projects over the years has given her an expertise in highlighting different aspects of a design, so that her clients can light the space in any number of ways. The Boathouse can have either a subtle look or a glittering, celebratory one, depending on what the homeowners want. Ultimately, the "Boathouse Kitchen" satisfied every desire the clients had: it integrated into the rest of the living space in a comfortable way, it captured the spirit of the original structure, and it opened up a spectacular view of the lake from both the cottage and the gatehouse. 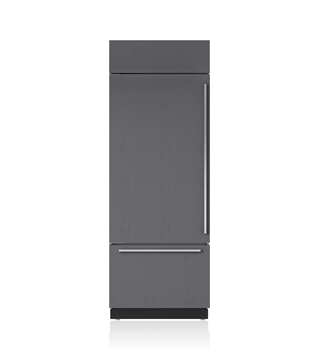 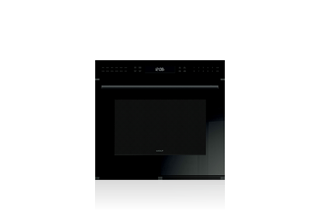