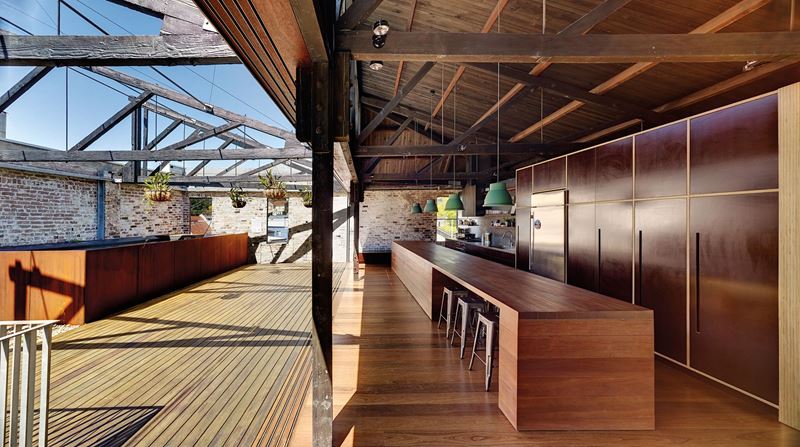 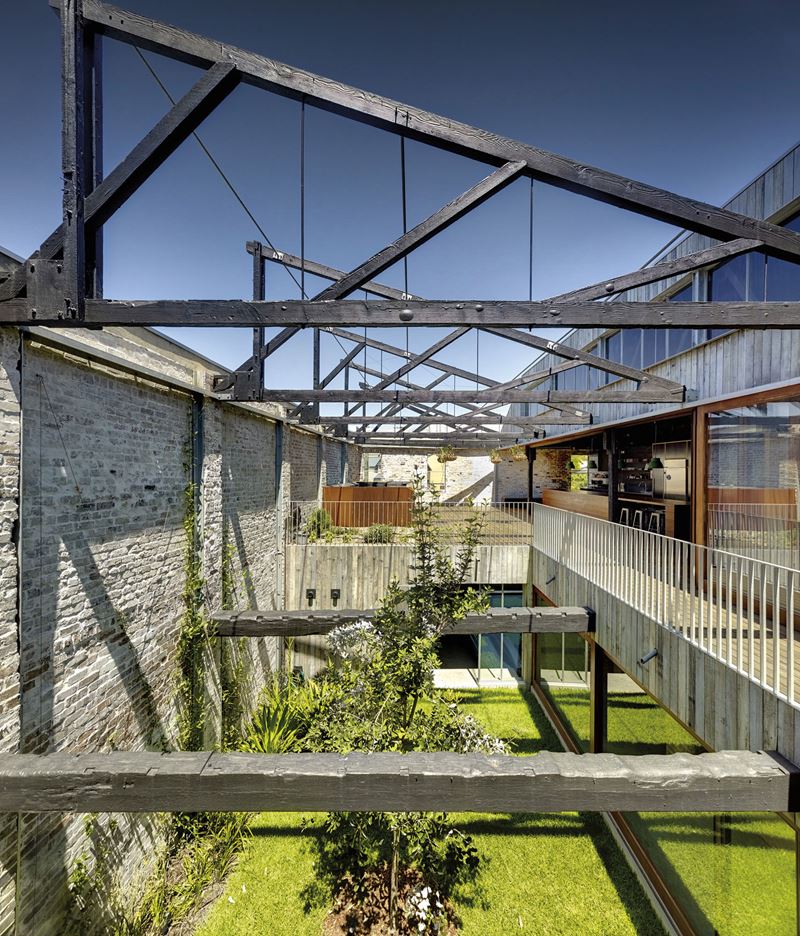 Creating a new kitchen for a client can be a challenging enough project. Imagine turning a 100-year-old warehouse into a private residence – which includes a stand-out kitchen, of course.

That’s what architect Virginia Kerridge took on in Sydney, Australia. The clients wanted her to transform the OK Candy Company Warehouse, built in the 1920’s, into a comfortable family home, yet retain as much of the building’s historical character as possible. So in her plan, she kept the original exposed brick wall and old-growth timber roof trusses. She also opened one side of the house and created a central garden, visible from most areas of the house, which serves to orient and inform the house. Some parts of the warehouse were almost dungeon-like, so many floor-to-ceiling glass walls were built to let natural light flood in, and create beautiful sky views. Many recycled materials were used, compatible with the materials of the original warehouse, including timber and brick.

The kitchen is the focal point (and most special part) of the house. It opens to a large deck, and overlooks the central garden. The roof trusses, exposed brick walls and sky views give it a special character unlike any kitchen we’ve ever seen. Its most striking element is a sweeping 24-foot recycled wood island, which provides the kind of workspace, storage and seating that most home cooks only dream about. The key appliance is the Wolf 36” dual fuel range, which the client chose and fell in love with before the kitchen was even designed, so the look of the range and that of the Sub-Zero 36” over-and-under refrigerator strongly influenced the final look of the kitchen. They both fit in with the industrial aesthetics of the building that is a central part of the design.

Even though the Lilyfield warehouse building had not been heritage listed, the building now becomes an important part of the fabric of the history of the neighborhood. It is satisfying for Kerridge and her team to have restored a sense of history as well as preserving a building which someone else might well have knocked down. And perhaps most important, provide a comfortable and memorable home for the homeowners and their two young children.